Hello!
It’s been a productive week. Mostly under the hood stuff and mostly optimizations and bug fixes.

I’ve redone the control scheme slightly, moving the demolish action from the right mouse button to a separate button in the UI. Right mouse click now anchors the camera to a structure so that players can more easily get the camera around corners or rotate around buildings. Rotating the camera has been moved from left click to scroll wheel click. I’ve also tweaked the “floatiness” factor a bit more and this will be implemented into the options menu in the upcoming week, allowing players to adjust how rigid or floaty they want the controls to be.

I’ve added better lighting to the “shady side of the world”. This has been an issue for a while, that certain areas will always be worse lit. I’ve tried to compensate this by adding a dimmed light that is always opposite the sun. It will need further tweaking, but should end up solving the issue. This also works as an additional “night light”, making building easier during night time, if players insist on keeping the day/night cycle on at all times.

I got the save/load menu fully implemented too. The UI still needs work, but in terms of function it’s all there, thumbnail of the city and all included. I also managed to clean up some lousy placeholder code because of this too as well as removing what used to be a “loaded city”-scene and a “new city”-scene. This is now just one gameplay-scene, if it’s loaded with no city loaded, all the new city stats and resources will be loaded as well as a solitary building block placed in the center. 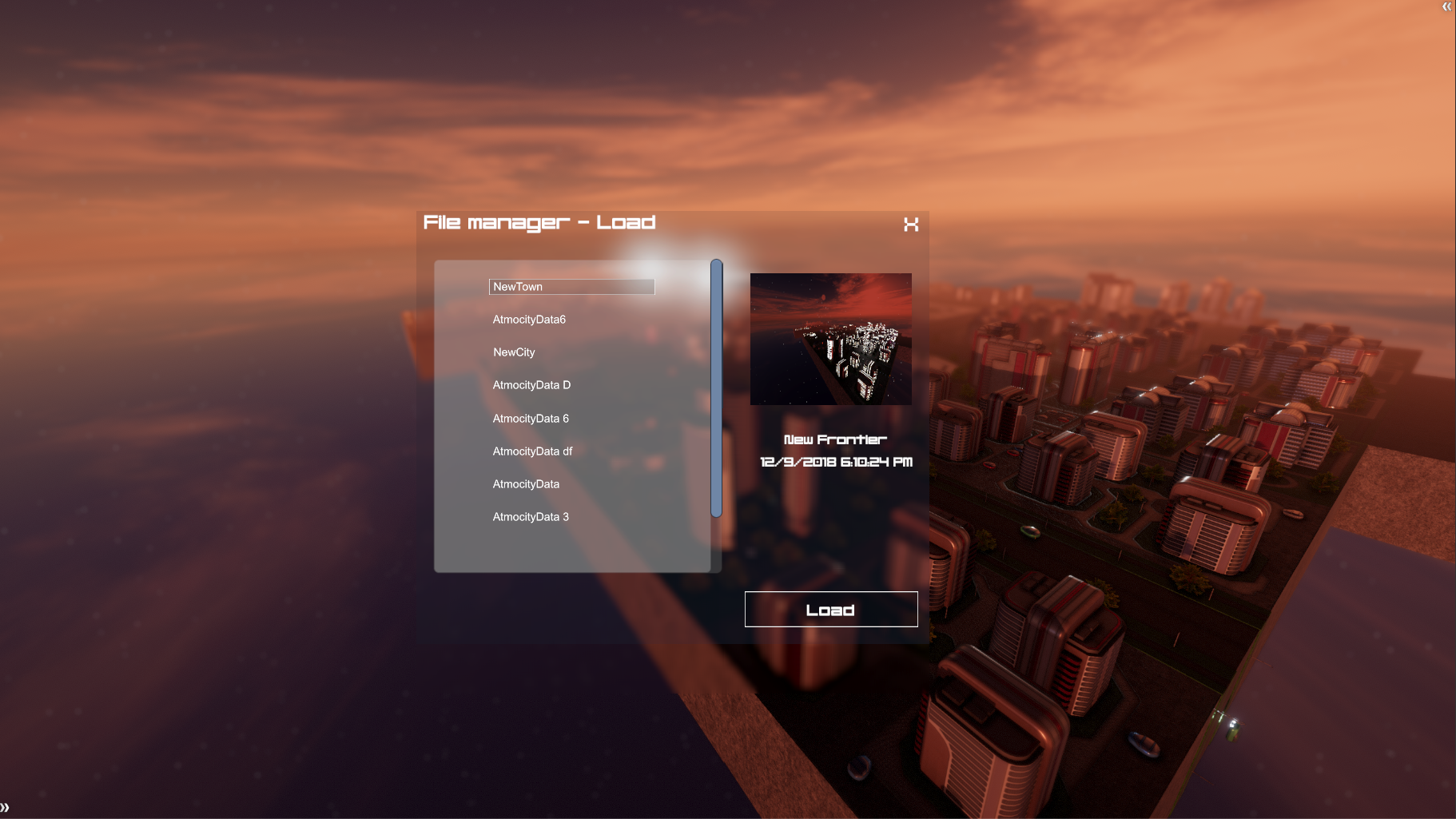 As an additional visual feature, I will implement several different skyboxes and day/night gradients. Exactly what types there will be, I haven’t yet decided, but there should be quite a few to add more variation.

Having done quite a bit of code optimization (some scripts were lagging behind in terms of optimization), next week I will get into refactoring some of the newer code, like drag and drop for building blocks etc. This code is rather messy atm and requires a good cleaning. I’ve also done quite a bit of UI-optimization, splitting up large canvases and also getting rid of some graphic raycasters on canvases where there are no clickable objects.

Local economy should also be finished enough to get it into proper testing next weekend, after which I will be able to set up conglomerate and citizen demand systems. Overall, I am behind schedule, but should have time to catch up after christmas. The game is not quite as finished as I would like for late alpha/early beta, but it’s good enough I reckon.