Dreamhack came and Dreamhack went. I’d like to start out thanking those that dropped by and checked out the game. It’s always nice hearing that the game looks good or looks cool, but a completely different thing seeing people actually try it out and responding to things. Many people seemed very intrigued with the main concept of the game, being able to build really inventive cities while also managing complex economic systems. 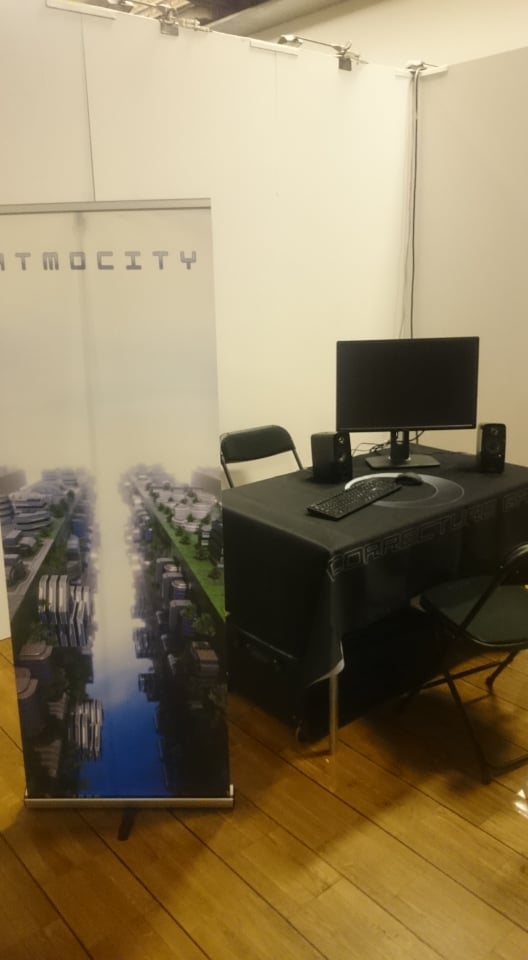 Of course, I also noticed some things that need fixing and also received some very good feedback. I will detail some of the fixes I’ve made, feedback received and some other fixes I’ve done since the event and also what will go into the game as I move forward to the early beta build.

Unlike most city builders, Atmocity requires a fairly complex camera system so that players can navigate around the city. Most builders fare well enough with just a top down camera, that can move east/west/north/south. In Atmocity, players need to navigate within a volume in full 3D. With this comes a bunch of difficulties that need to be overcome. Most of the people who tried the game out did ok with the camera, but I did get some good pointers on how to improve it further. So in the upcoming few days, the options menu will be fleshed out with a Controls-panel. Here, there will be a sensitivity slider, since some players wanted the controls to be more rigid, while others felt they could be softer and floatier.

Aside from that, there will also be a type of sideways rotation or “lean” feature implemented, so that players will be able to easily setup the camera on level with the overall area they’re viewing. Currently this requires a bit of a specific click and drag movement to do. Zooming will be implemented on the scroll wheel, and clicking the scroll wheel will initiate the camera drag movement. Currently the drag movement is assigned to left click, but this will be used solely for building selection.

These changes should be implemented in the upcoming few days. Navigating mazes like this should become easier: 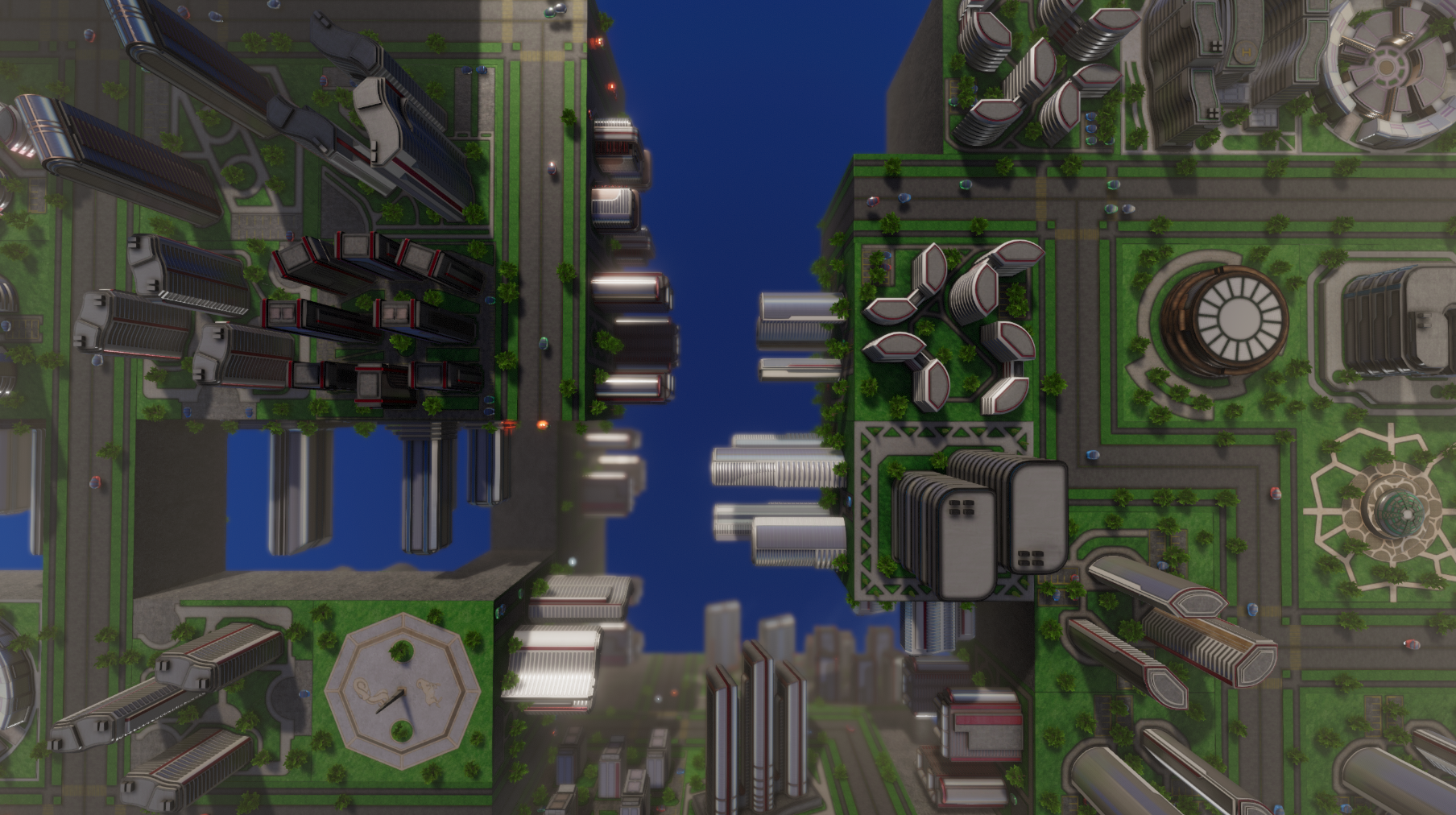 I discovered a handful of minor bugs, among them a null ref due to cars not despawning correctly when buildings were demolished. This has been fixed, as has the efficiency display shader not displaying correctly on skyscrapers.

I’ve also continued optimizing the game during the week. The reflection probe now uses time slicing so that it isn’t quite as performance heavy as before. I’ve managed to cut some shadow casters, removed hidden faces and made some other minor (per object) optimizations that make a rather sizeable difference in bigger cities. I’ve also managed to cut down on the tri count from shadows by cutting shadow casting distance a bit. This scene maxed out at 1.5 million tris and 1000 shadow casters before, I’ve now gotten it down to 900k tris and 300-400 shadow casters (depending on the number of cars in the scene): 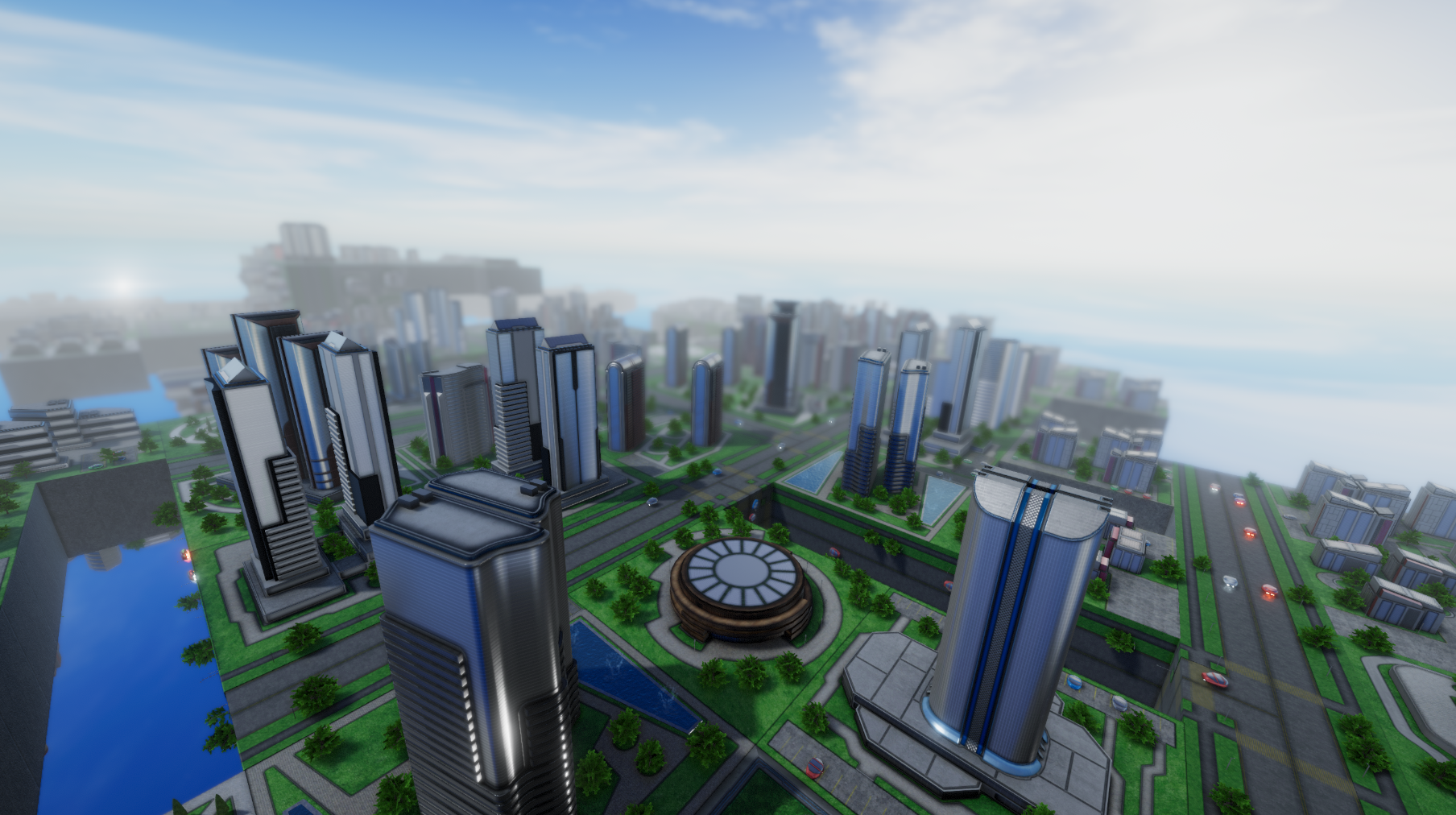 Further improvements will be made making far LODs even more low poly, since they are hidden in fog and blur anyway.

An idea that came up at Dreamhack, to make building weird cities more of a functional choice as well as visual, was to make pollution not spread through blocks. This will be implemented in an early version too. This means that unlike now, when building factories within a specific radius from Residences will cause a penalty, you will be able to plan cities so that factories can be built on one side of a block and residences on the opposite side. There will probably be some sort of balancing issue with this, and I will need to implement it well for it to work well and not make city planning too easy. 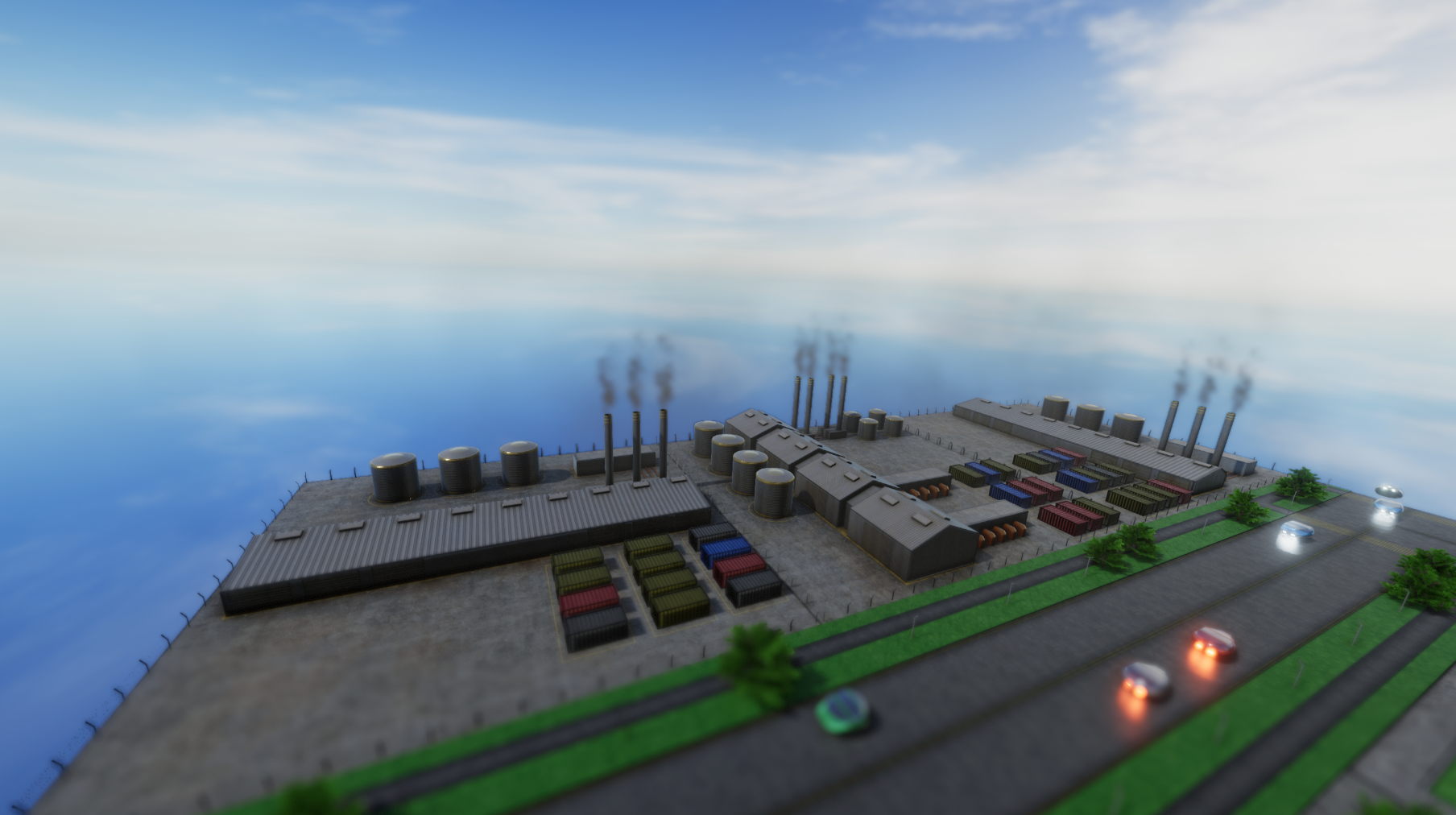 My initial plan for the upcoming beta was to have everything more or less implemented. Sadly, some systems are still a bit too underdeveloped to be used properly, so some will be left out during the early stages of the beta. But I am hoping to get them done early to mid january so that they can be properly tested in good time before EA release too. Local economy system is still proving quite difficult, but should get there fairly soon.

The remainder of the week will be spent optimizing traffic further and adding the connection testing that buildings will do to ensure connectivity with key buildings like power plants and water absorbents. On top of that, the save and load manager will be started so that more than one city can be saved and loaded. 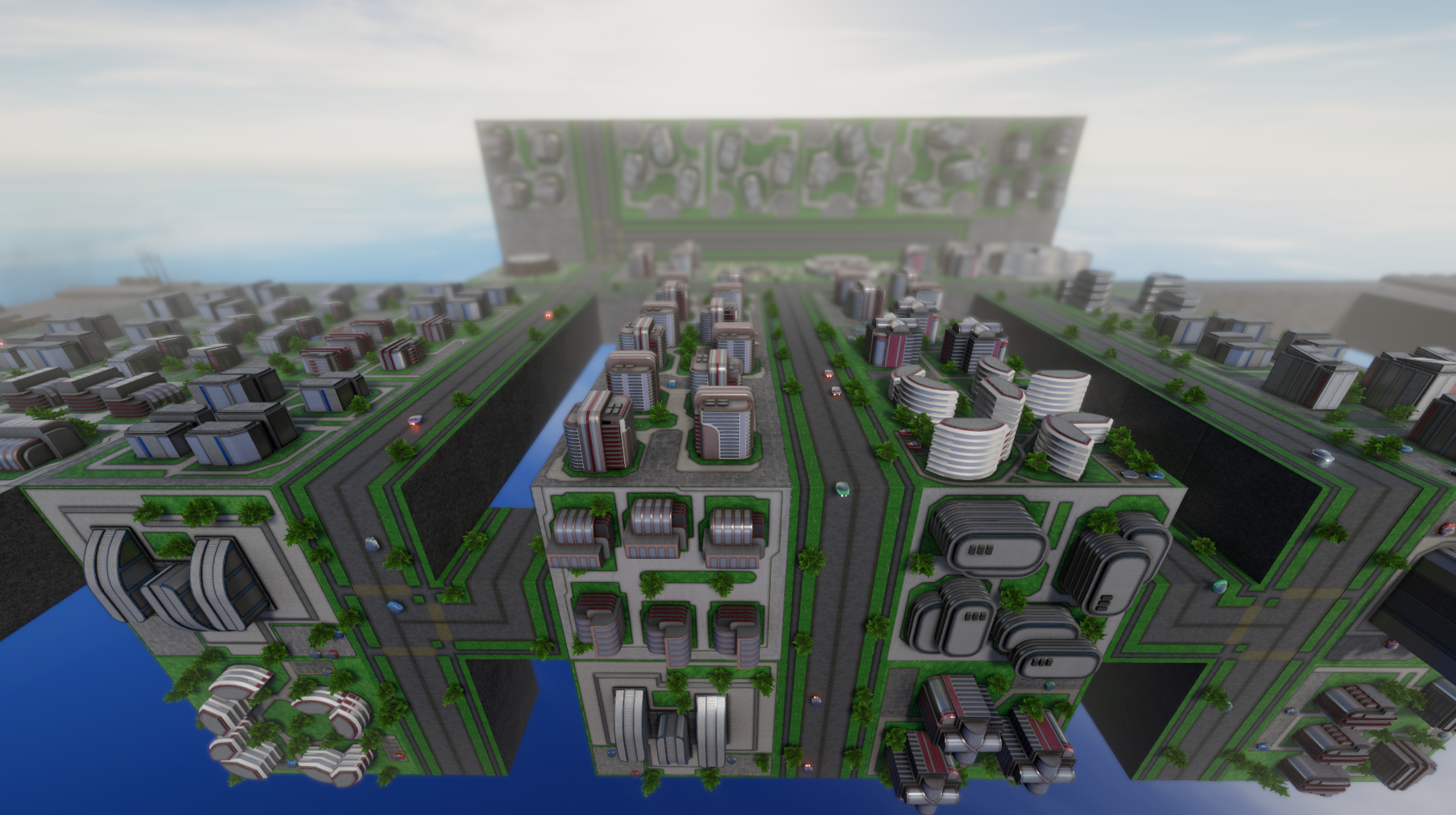 There will be Another update on Sunday. For those interested in trying out the beta, beta signup information is available on the Steam page for the game (https://store.steampowered.com/app/779380/Atmocity/).

If you want to more closely follow the development of the game, you can also join Discord, https://discord.gg/CeUuyS9

(Also vote for the game on IndieDB: https://www.indiedb.com/games/atmocity)
/ Dispersing Minds
Comments are closed.