Hello!
Like last week’s devlog, this one will also be rather short. I’m currently under a fairly heavy work load and on top of that, most of the work that goes into the game now are to system tweaks and improvements.
Work continues on tweaking calculations. More or less all systems, such as health, wages, unemployment and happiness, are interconnected. As such, balancing these systems out and avoiding extreme results is a bit tricky, but it’s getting there. The real test will come once the game releases into early access and a more diverse set of play styles is being tested.
I’ve also been polishing up the shaders in the game, adding vertex displacement to building footprints and making minor performance adjustments. I’ve also changed import settings for textures to decrease their size. 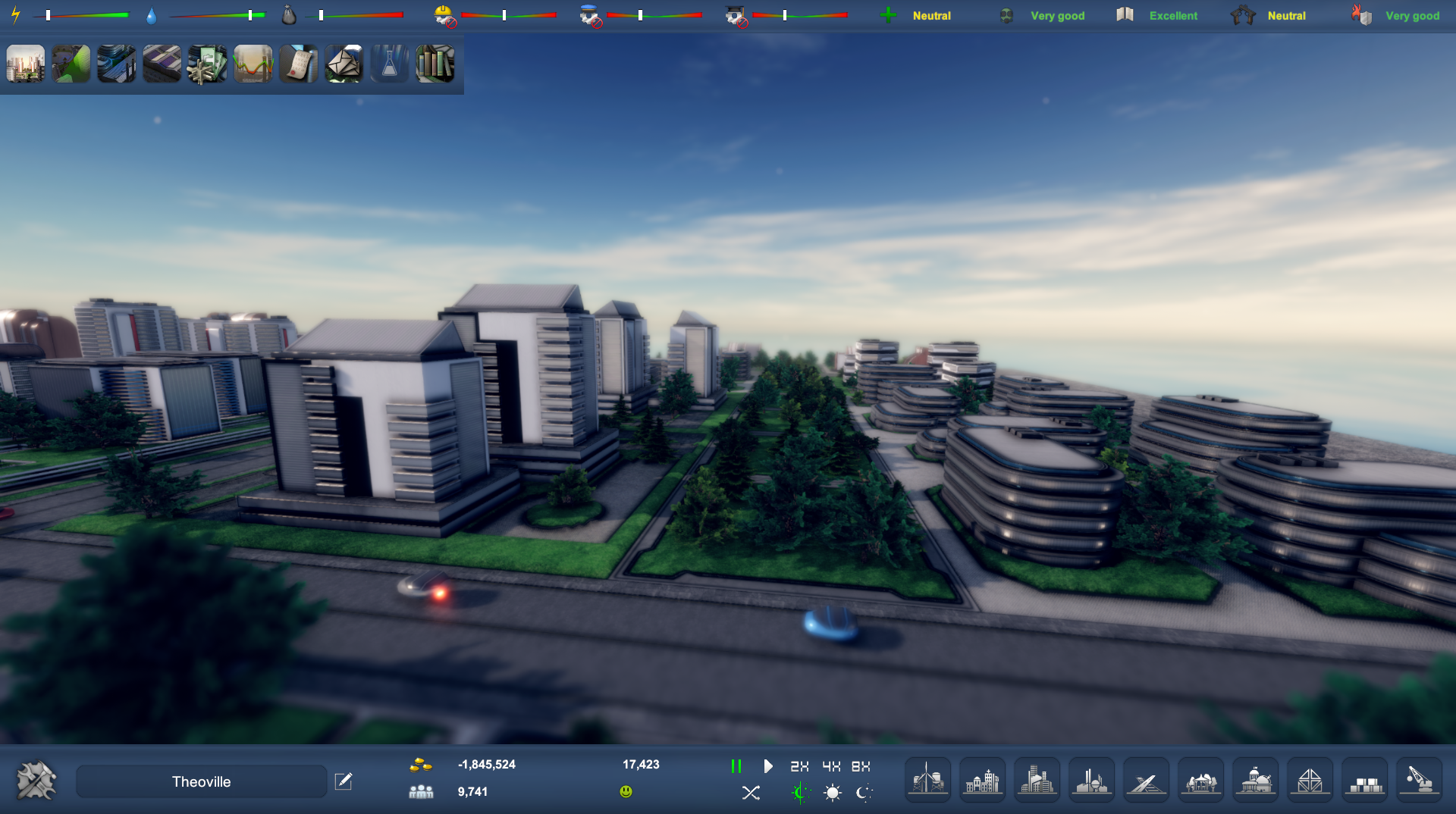 More localisation work has been done. Spanish has been updated, which means it’s almost finished. A first iteration of the russian localisation has been added, but will require some work (text size etc.). I’ve also added the Swedish localisation into the game. Work on the german version is ongoing and the remainder of the french translation should be done fairly soon. 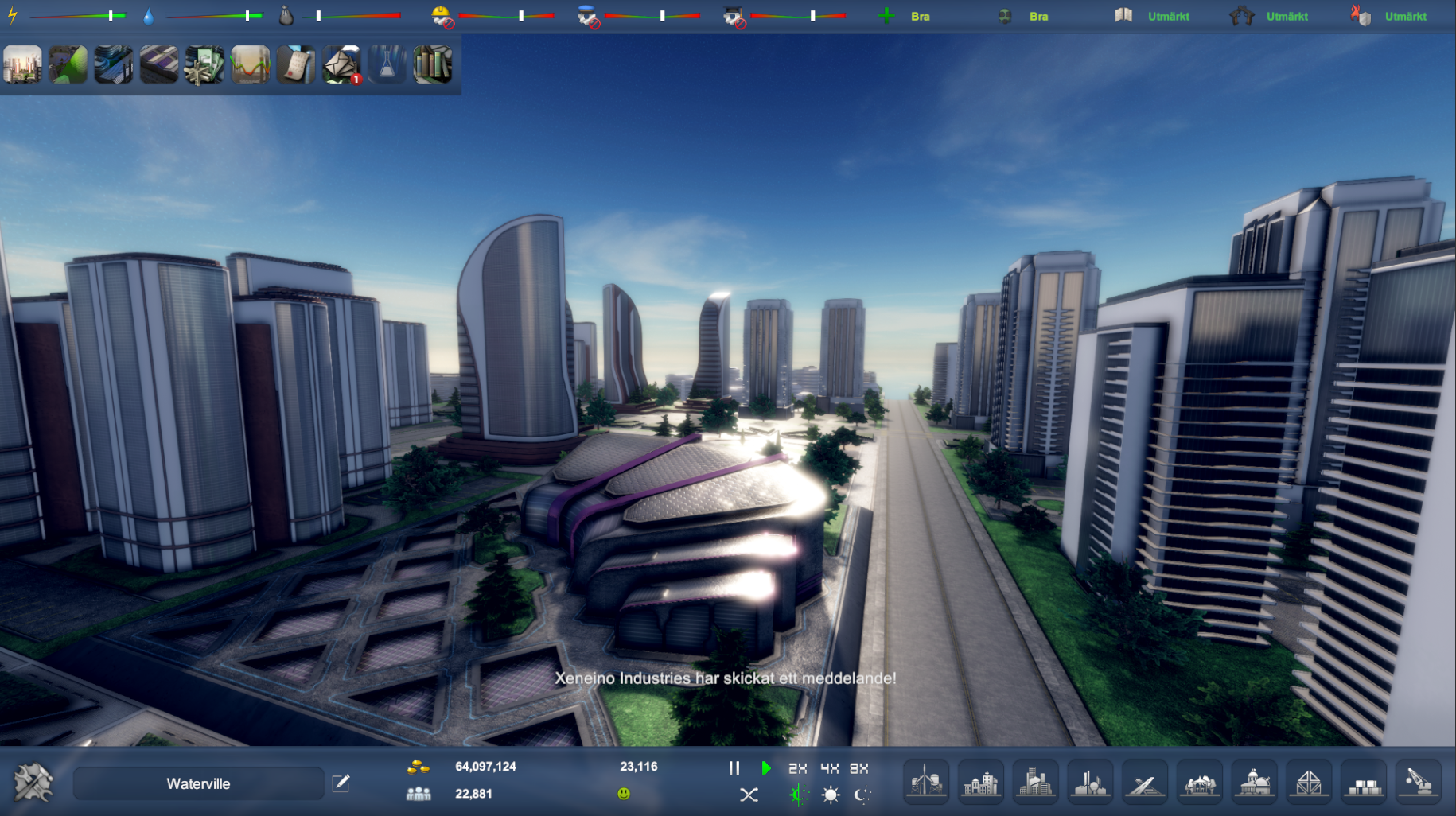 I will be trying to get some more buildings into the game before the EA-release. Primarily decorations, like this forest: 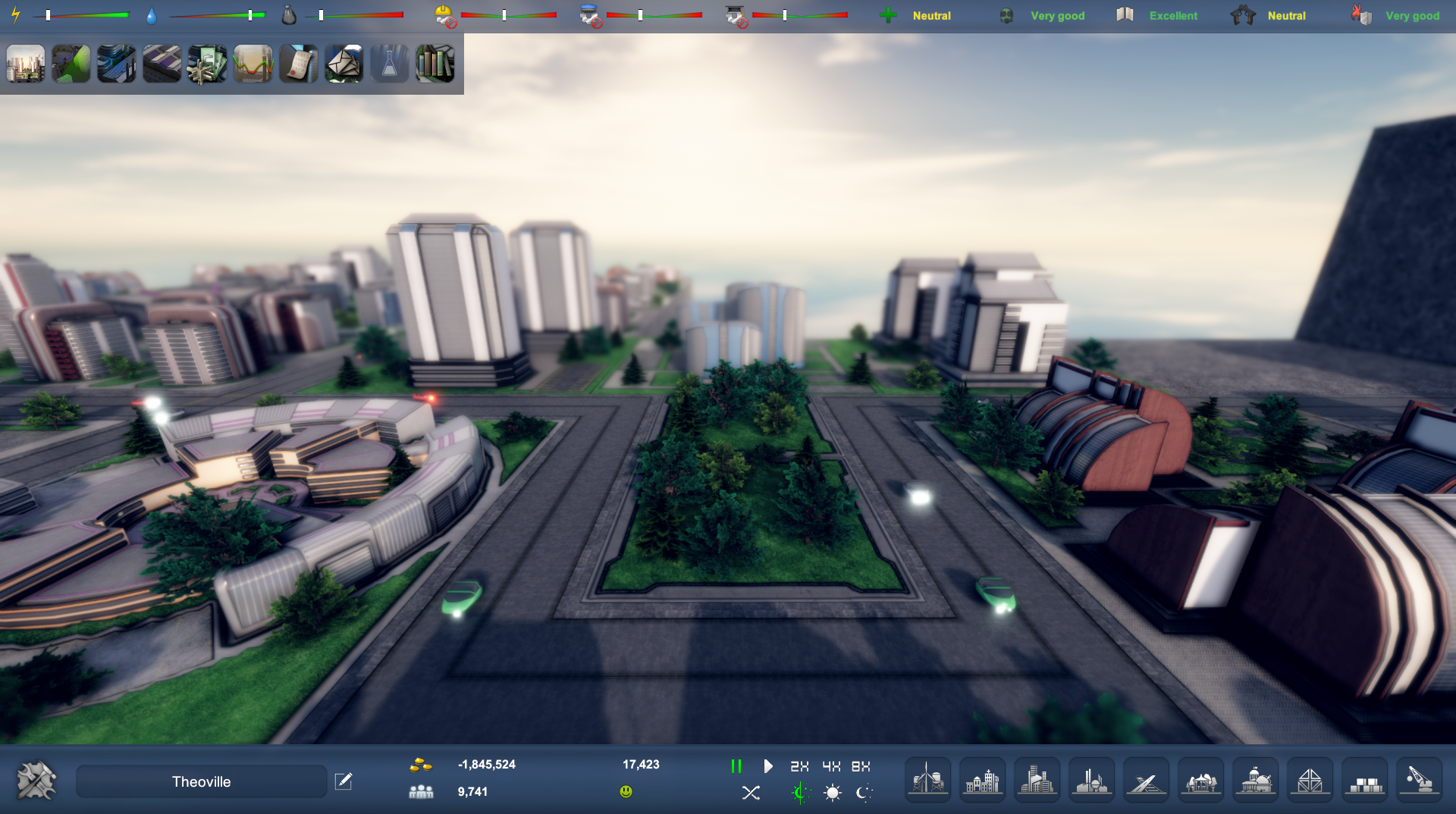 There’s also been some minor stuff added. Cities can be named. The ui has gotten some minor adjustments and will continue to be improved in the upcoming week, especially the statistics panel which has been placeholder. 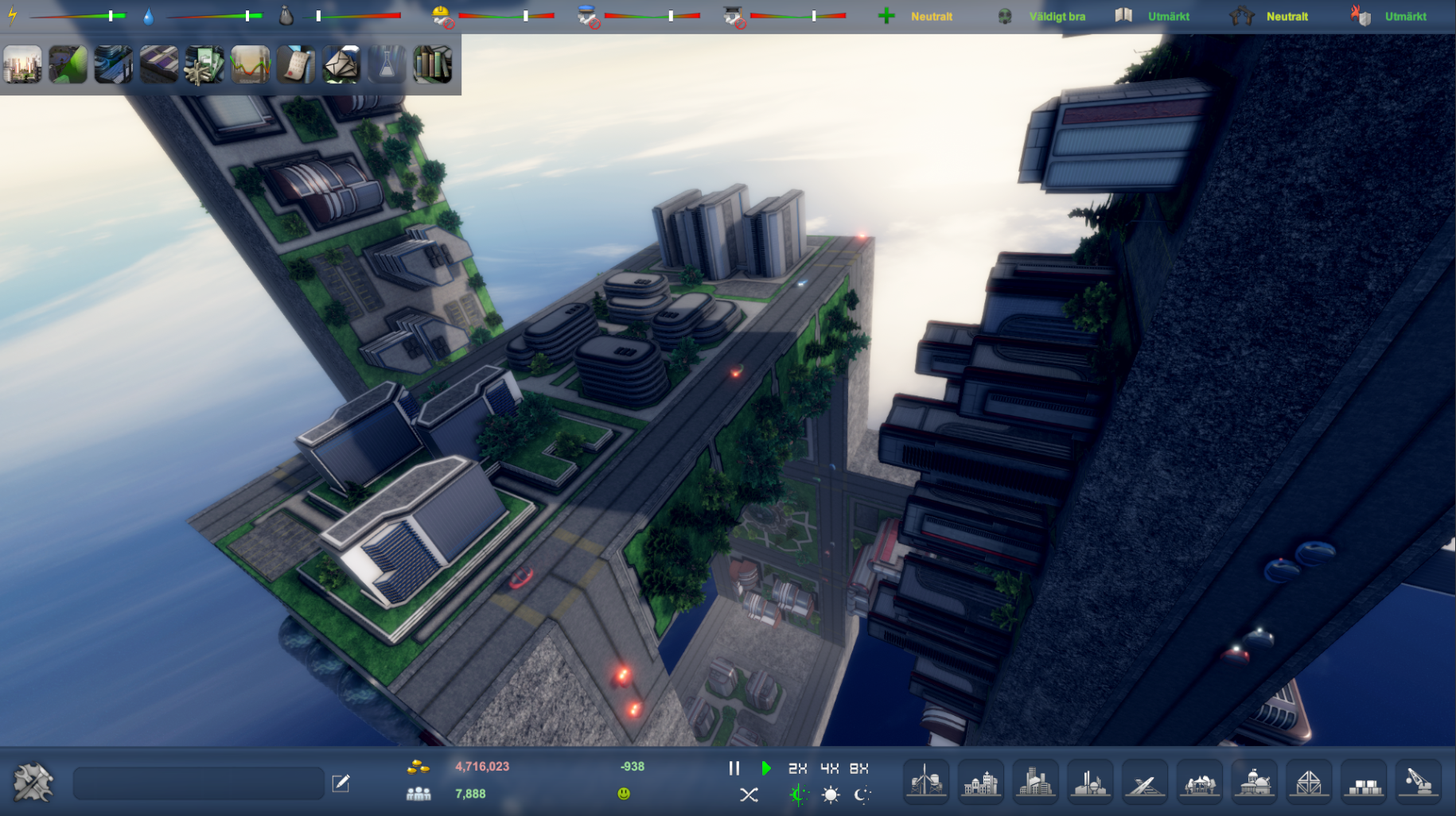 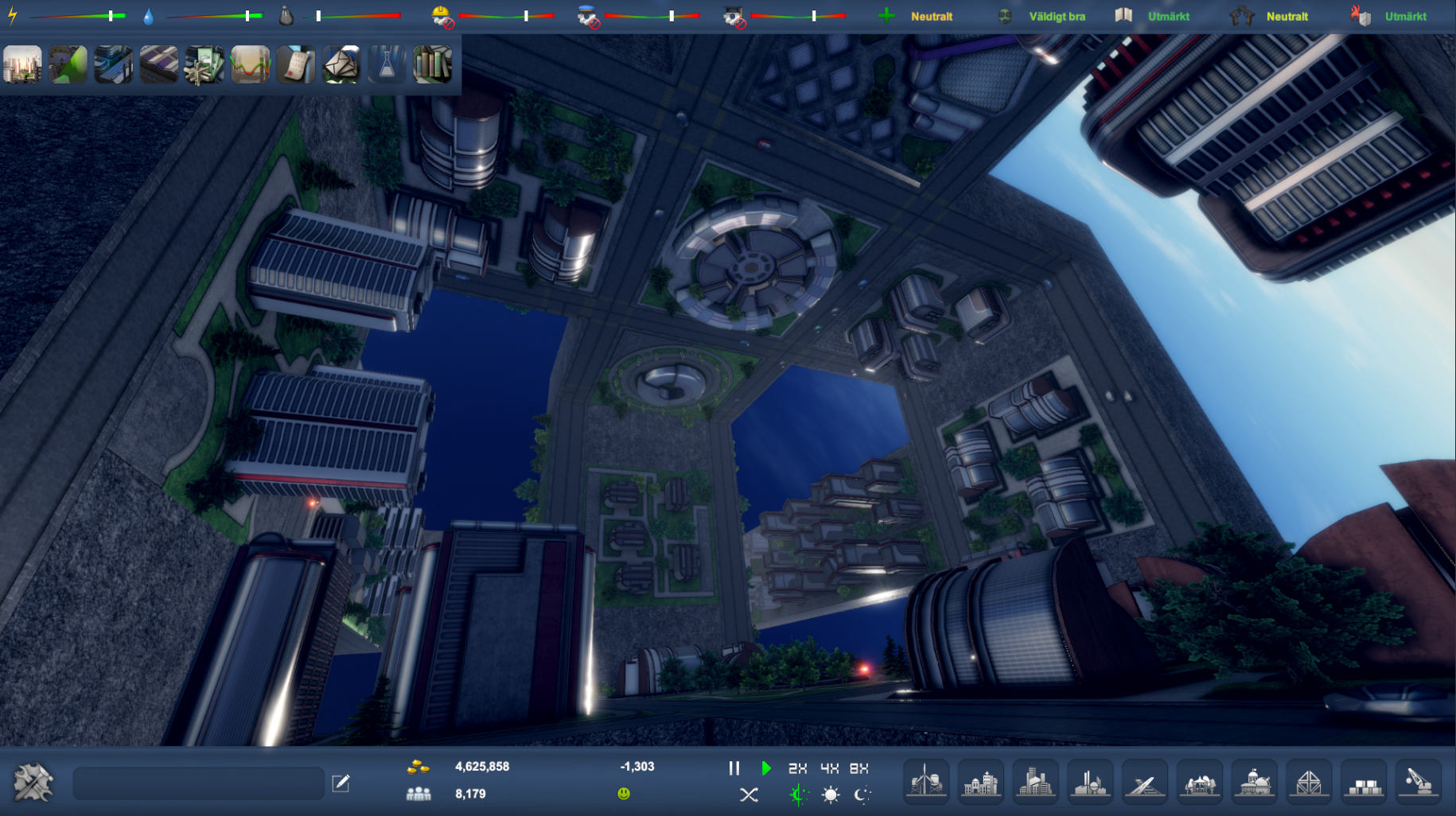